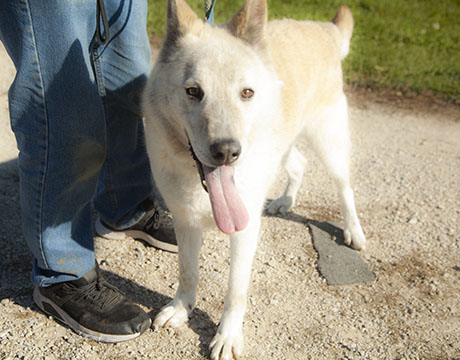 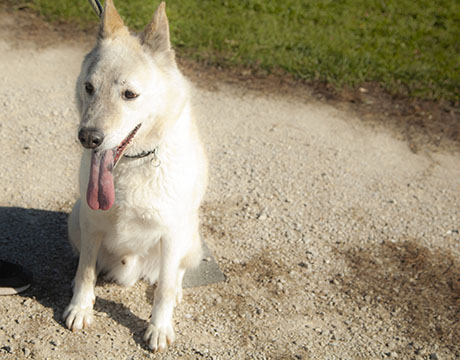 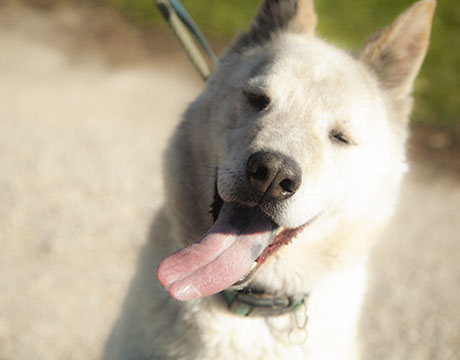 Meet Stephen! Stephen is an inquisitive, loving slightly older dog who is looking for his furever home. Stephen is ready to enjoy his retirement filled with kisses and a yard full of new smells. Once out of his run at the rescue, it’s all go! Stephen loves to lead the pack when involved in group walks. He also is known for following a scent trail for miles!  So far with all the dogs he has been tested and walked with, Stephen gets along with and is excited to play! Talk about silly, too! He loves to make snow angels especially enjoys a long game of fetch.

Stephen does have a bite history, however, with 5 bites. Two of those were volunteers at the rescue, and the other three occurred when Stephen was adopted out and bit each of the family members. This resulted in Stephen’s return. In the past 2 years however, there have been no bites. Stephen is very selective and picky of people, and will determine very quickly if he chooses you to be his furever.

Stephen would work well as an only dog or with pack mates. Stephen is a bit on the overweight side, and would love you to be your next running partner. This boy is the perfect example of not letting the past define your future with all the amazing work he’s done.

Special Training:
Free Spirit Siberian Rescue cannot make any guarantee regarding the outcome of any dog being adopted out to household with cats or small animals. The owner assumes full responsibility for the dog’s behavior and, per the requirement of the adoption contract, will enroll the dog(s) in obedience classes to aid in the process.