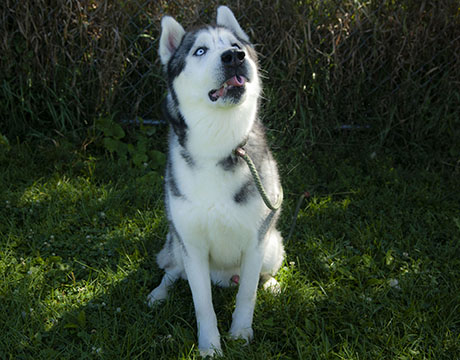 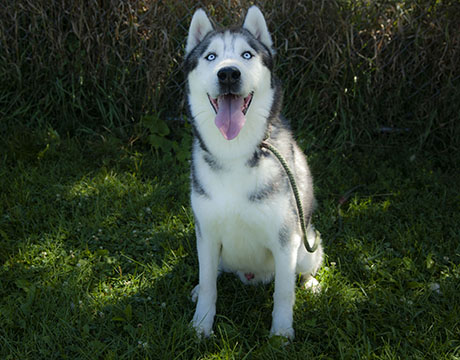 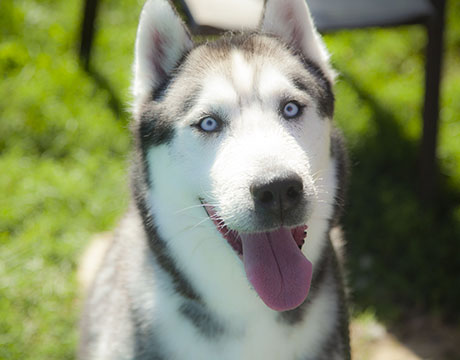 Chicago came to FSSR from a pound in Chicago, hence his name. Not much is known as what his life was like before the rescue. Since being at FSSR, it is safe to say that although Chicago has come a very long way and improved tremendously, there is still work to be done. Chicago has a bite history. Although there has not been a recorded bite in over three years, this still remains a main concern for Chi. Chicago is also very very possessive, from toys to food, to random objects such as spoons. The toy aggression possession is something that can be attempted to be corrected, however the food aggression/possession will most likely need to be a respected 'quirk' of Chi's, by his furever family. Chicago also does not like being crated. Whether it be his kennel run or a dog crate, he wants nothing to do with it. Sometimes, volunteers can coax him into his run after a nice 2 mile walk, and the occasional bone or peanut butter treat, after some time of course. Chicago definitely has quirks. However, if he can find a family that can respect him and his quirks, he will be a lifelong best friend, and the most loyal dog ever. Chicago is happy to greet volunteers when they walk past his run and sit nicely for a treat. Chicago will need a home with no small children. He has not been around small kids, the youngest reported is teenage volunteers. Chicago is always skeptical at first, but earning his trust is of the highest achievements.

This dog requires an adopter to come out to the rescue three times in order to build up trust and form a bond with this dog before going home. Please talk to your adoption coordinator regarding the behaviors we have been working with this particular dog and the training techniques we have seen improvement with. We will also need the name and number of the trainer you plan on using before they will go home.

Special Training:
Free Spirit Siberian Rescue cannot make any guarantee regarding the outcome of any dog being adopted out to household with cats or small animals. The owner assumes full responsibility for the dog’s behavior and, per the requirement of the adoption contract, will enroll the dog(s) in obedience classes to aid in the process.